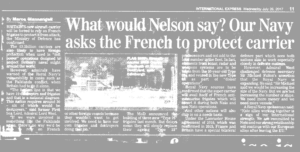 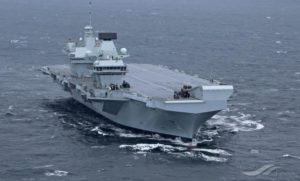 Hi Graham,
Got your details from the Ganges Gazette.
My wife and I are visiting relatives in Rockhampton Oct/Nov, are there any former Ganges boys that you know of up that way who may muster on a regular basis?? would be good to catch up and enjoy a cold one.
With kind regards and best wishes.
Derek Garnsworthy (CY retired, Exmouth Division 1963)
Morning all,
Have received an email from Cliff Snelling regarding his upcoming visit, is anyone able to host? I will be in Hervey Bay at this time so cannot.
Hi Scotty,
Christine and I are on a tour of Australia and NZ and will be Brisbane at the end of October.  I was wondering if there would be any chance of meeting up with some of the Ganges Queensland Division whilst we are there.  We have 25th, 26th and 27th as available days.
Regards,
Cliff Snelling

Sick Parade Owen is still recovering from eye procedures. Judy Ernst in South Australia has been quite ill in hospital we wish both well and positive outcomes.

UK Association   Reading the latest minutes all appears to be going well. Secretary Cliff Snelling and his wife Christine are embarking on a grand world tour which includes Australia visiting most capital cities. They will be in Melbourne with a free day on the Sunday of the RNA Trafalgar lunch and have accepted our invitation to join is in celebrating Trafalgar day. With the train travel they have planned we may see a travel doco Great Railway Journey’s of Australia.

General Business 1) The October get together. Chairman David asked that those attending pay the deposit of one days’ tariff $156 per room. David will email those concerned with bank details. 11 rooms have been booked with 21 attendees. The bus trip is on the Wednesday to Rutherglen calling at a couple of wineries lunch at Rutherglen at own expense.

2)  The ACT Division  The ACT division have decided to decommission with only Ivor Rothwell and Jeremy Harden it is no longer viable. Ivor asked if they can join the Victorian Division this is agreeable with Chairman David and secretary HarryH. The Chairman and committee in the UK have been contacted and the proposal meets their approval. To this end are there any objections from members. There being no objections secretary to email joining forms to Ivor and Jeremy. Ivor no longer wishes to have his name listed as a representative in the Gazette Dick Lord was contacted and future Gazettes will not list Ivor. Secretary of the Victorian division will circulate all UK items to Ivor and Jeremy along with the Victorian division.

2) Mike Bennett explained the August 13th. lunch “It Ain’t Christmas what the Heck Lunch” at the princely sum of $10pp with Carvery  Yorkshire pudding roast potatoes and vegetables  Desserts of Rhubarb and Apple crumble and cheesecake. For bookings  contact Mike.

The Chairman then Thanked Joan and Flo for a tasty lunch and dessert. Harry Kime for attending the bar. There being no further business the meeting closed12:45hrs

Thought for the month: No- one is ever too old to know better   Margaret Preston

President James welcomed attenders and called upon Rum Bosun Alex to “Up Spirits”. He then called on Paul Chapman for his lamp swinger.

Paul Chapman chose to forego his tale given the low attendance. He did however share some of the content of his proposed topic for the next meeting and allow members to live in anticipation, it will be “Life in the RN – Tots, Drugs and Alcohol”

Moved: Alex McKinnon: Seconded: Buster Keating: “That the minutes of the general meeting held 25/05/17 be accepted as a true and correct record.” Carried.

President James reported the present sick list situation with members Peter Godfrey and Mary Anthony, both are on the mend.

James also spoke on the circulated proposal for ‘Management of the Division’ document and asked members to consider the implications of a failure to nominate for management positions. Comments and/or suggestions to the Secretary prior to the September committee meeting.

·         Jimmy Houston will be checking on future Rum supplies

Moved: Buster Keating Seconded: Cathy Sharkey: “That the Treasurers Bi-Monthly Report be accepted as a true and correct record.” Carried.

Cathy thanked those who had donated prizes but pointed out that the number of prizes available is dwindling and asked members to consider donating further prizes.