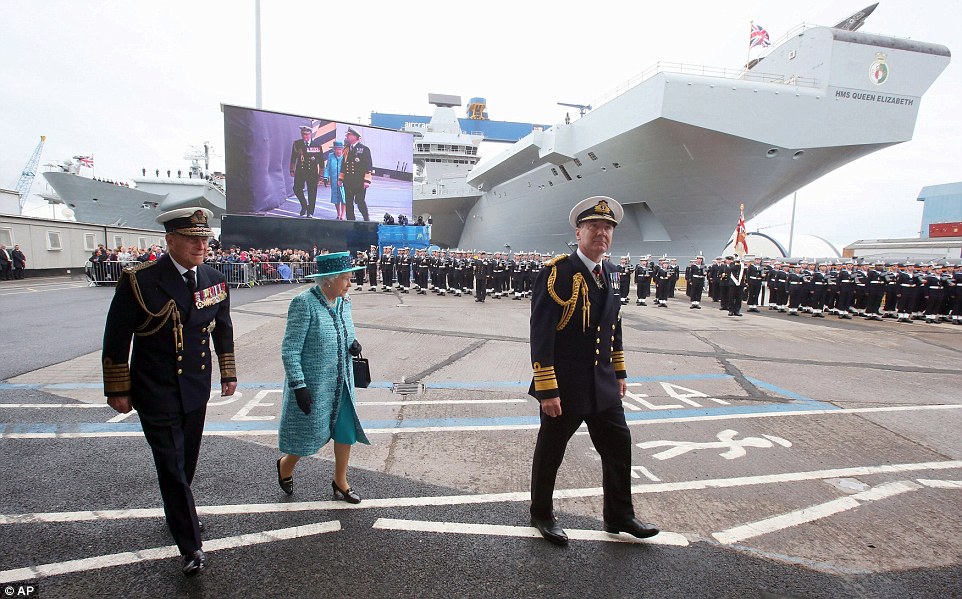 HAS LAUNCHED THE BIGGEST

SHIP THE ROYAL NAVY HAS

Named after Her Majesty it was launched with a bottle of malt Scotch whiskey instead of the traditional champagne to honour the Scots who built her. At 65000 tons she is quite a monster.

More pictures will be added to the Gallery