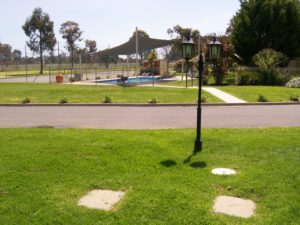 For those lucky enough to be going to Moama/Echure

have a safe journey, drive safely and come back to us happy 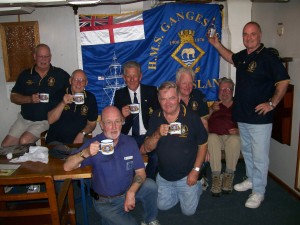 TO ALAN AND IVOR

WHO SUDDENLY GOT OLDER THIS WEEK.

The memory book of the 20yrs of

Linda Anderson or Charlie Greensmith to book your copy. 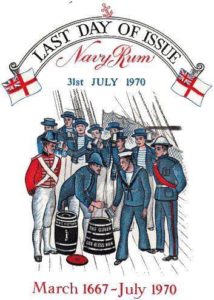 Progress on planning arrangements for our 20th Anniversary is moving along at a steady pace. On the suggestion of James (or was it Cathy?); Tony Richards, James and I went in to Perth to check out Miss Maude’s. The venue has a hotel next door with both single and double rooms available and a package at a reasonable price. The food there by all accounts is excellent.

The weekend closest to our anniversary, date is Saturday 1st June and this looks to be the best option. Tony is seeking availability etc. should this be, as is likely, the chosen weekend. Discussing arrangements with a number of members indicates the favourite option is for a Friday and Saturday night stay with the anniversary dinner on Saturday night. The management committee will be discussing arrangements at the September committee meeting for presentation at the general meeting. Please let Tony know your thoughts either for or against before the committee meeting.

I have been in touch with Shep Woolley and it is very likely he will be in the West at this time. The Ganges Association will also provide the rum for the toasts.

Thanks to the organising skills of Paul Chapman, the Division enjoyed yet another wake for that venerable institution that was the 300-year plus Royal Navy “Up Spirits”. Medical and weather problems reduced our number from 30, but we still had a good roll up of 22. Our guests Phil & Isobel Orchard and Pusser’s envoys Neil McLellen & Mick Guissmann were welcome additions at the lunch.

The planned routine went to plan, with “Up Spirits” ably managed by Alex McKinnon commencing proceedings, followed by a great lunch, a short, long oration on Naval Rum by Paul Chapman, Toasts to the Queen & Australia, HMS Ganges and Absent friends by Tony Richards and Brian Thompson respectively and the sale and drawing of the raffles managed by Mary Anthony.

Some 30odd souls turned out for the afternoon, a brilliant sunny day. Sausage sizzle proceedings were ably organised by James Sharkey, and cooked as usual by Gary Foley. Accompaniments such as salads and duff, provided by attenders, also went down very well.

It is worth noting that RRNA and the Division are interacting a lot more now than we were originally, although the RRNA disappearing for their meeting tends to split the seating arrangements into two. We have a lot in common after all.

Our own Cathy Sharkey ran very successful raffles with both groups winning prizes. However, the rum raffle went to our own Les Simmons who was most pleased. Although I did not note the exact amount both raffle taking were above $100.

True Matelots: Have served on ships that are now war memorials, dive sites or other tourist attractions.

True Matelots: Have tattoos and use Old Spice aftershave.

True Matelots: Have pictures of ships in their wallets along with their wife and kids.

True Matelots: Can name 15 bars in Hong Kong, but know the best bars are in Kowloon.

True Matelots: Think a 7-course meal is a pie and a six-pack of beer.

True Matelots: Think excessive modesty is their only fault.

The West is to get a new Hunter Class frigate training and capability centre at HMAS Stirling and in Henderson. With the landmark $35-billion SEA 5000 program winner announced, Western Australia will enjoy a major financial boost with a $670-million redevelopment of Fleet Base West, HMAS Stirling to support the development of a crew training centre to be known as ‘Ship Zero’. The new frigates will provide Australia with one of the most advanced anti-submarine warships in the world – a maritime combat capability that will underpin its security for decades to come. The warships will also be larger and have more complex systems than the existing ANZAC Class frigates, and will require new and upgraded facilities at HMAS Stirling.

As stated ‘Ship Zero’ will be located at both HMAS Stirling and Henderson and will include; a headquarters, through-life test centre, ship and capability specific training school, and potentially a land based test site for platform systems. ‘Ship Zero’ will transfer an increasing amount of the training that has traditionally been done at sea to land. This will mean each of the new frigates will be able to spend more time on operations and exercising with Australia’s allies and partners, and less time in port for crew training. Parliamentary consideration (If polititions ever get their act together!!!) of this project is expected early next year, with construction to commence in 2019.

We recognise the sad loss of the “Tot” in 1970 with our Black Tot Day Lunch, but sad as the loss of the tot was, the beer issue remained. The US Navy was not so lucky;

Inheriting Britain’s Royal Navy tradition of providing sailors with a daily ration of rum in the 18th century, the U.S. Navy established in 1794 that sailors were to receive “one half-pint of distilled spirits” a day. In 1806, the Navy encouraged the sailors to accept whiskey as a substitute for the more expensive rum. Sailors who did not wish to imbibe or were under age were paid an extra three to six cents a day. The ration was reduced to one gill (four ounces) in 1842 and eliminated 1862 during the Civil War. The Confederate Navy continued to provide crews with rum rations, believing that the tradition would help recruit much-needed experienced sailors from other nations. U.S. Navy sailors were allowed to keep their own stock of beers and undistilled spirits at the discretion of their commander until 1899, when even the sale of alcohol was banned to “enlisted men, either on board ship, or within the limits of navy yards, naval stations, or marine barracks, except in the medical department.”

On July 1, 1914, the ships of the U.S. Navy officially became dry under General Order No. 99. “The use or introduction for drinking purposes of alcoholic liquors on board any naval vessel, or within any navy yard or station, is strictly prohibited, and commanding officers will be held directly responsible for the enforcement of this order”, reads the hundred and four year-old order. Secretary of the Navy Josephus Daniels issued the order. Daniels, a teetotaller, former newspaper publisher, and supporter of the temperance movement, had already become unpopular with many of those in the sea services. When the order was announced, on April 16, 1914, it was met with derision and mockery in the press, which regarded the policy as an attempt to make the Navy softer. The US Navy only formally banned alcohol until the advent of Prohibition, but it is memorable in that it created in American sailors an insatiable appetite for ice cream. They went wild for ice cream, and it has stayed that way for generations. Ice cream only gained more cultural significance as a salve for low troop morale during the long overseas deployments World War II.

To be at Loggerheads is to be in a state of serious disagreement, a sort of metaphysical butting of heads! A loggerhead was an implement used aboard ship in caulking seams in deck timbers. It consisted of a hollow iron sphere at the end of a shaft. The sphere was heated in a fire and then plunged into a bucket of pitch. This melted the pitch, was then applied to the deck timber seams. A hot loggerhead was definitely something to keep away from and it is likely that the use of these tools as weapons was what was being referred to when rivals were first said to be ‘at loggerheads’.

As was reported earlier, China will take part in Kakadu for the first time by sending one of its warships. Australia has invited China to join the drill in an effort to ease tensions between the two countries, intensified by China’s growing assertiveness in the South China and East China Seas and sporadic altercations at sea between the two sides

A jury rig is something assembled in a makeshift manner. In sailing ships, it was sometimes necessary to improvise a temporary replacement for an item such as a damaged mast or disabled rudder and thus enable the vessel to keep going until the nearest port was made and the stopgap replaced. The origin of ‘jury’ is not known, but it has been suggested that sailors coined it as a shortened form of ‘injury rigged’

Politicians and nappies have one thing in common. They should both be changed regularly, and for the same reason.

This is not a French ship but one like it was at Trafalgar. You can have a shot to help it sink the French again

on the 21st Oct by joining the fun out Samford way.

is Putting it on it should be a good day out.